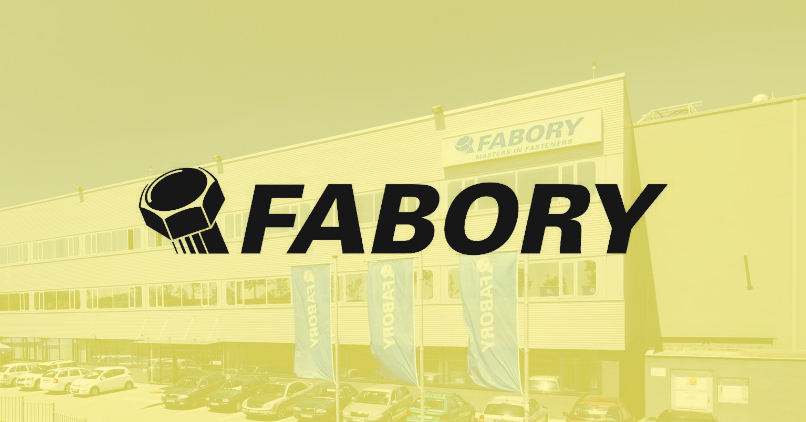 The company Fabory CZ Holding s.r.o. is the world’s leading specialist in fasteners with more than 70 years of tradition. The company is based in the Brno CTP Park Šlapanice, where it also has a warehouse with an area of more than 6,800 m2.

The large hall was lit by more than 500 obsolete fluorescent and discharge lamps, which meant high lighting costs for the tenant. The lighting also lacked any control system, so it was illuminated even when it was not needed.

Savee ensures that it does not light up unnecessarily, and maximizes possible lighting savings.

Fabory approached the electrical installation company Compactive s.r.o. (www.compactive.cz), whether it could help them with high electricity consumption during lighting. The problem needed to be approached comprehensively, so it was clear that the lighting replacement alone would not be as effective. Therefore, it was proposed to supplement the modern LED luminaires with the Savee wireless lighting control system, which maximizes the potential for saving electricity during lighting. 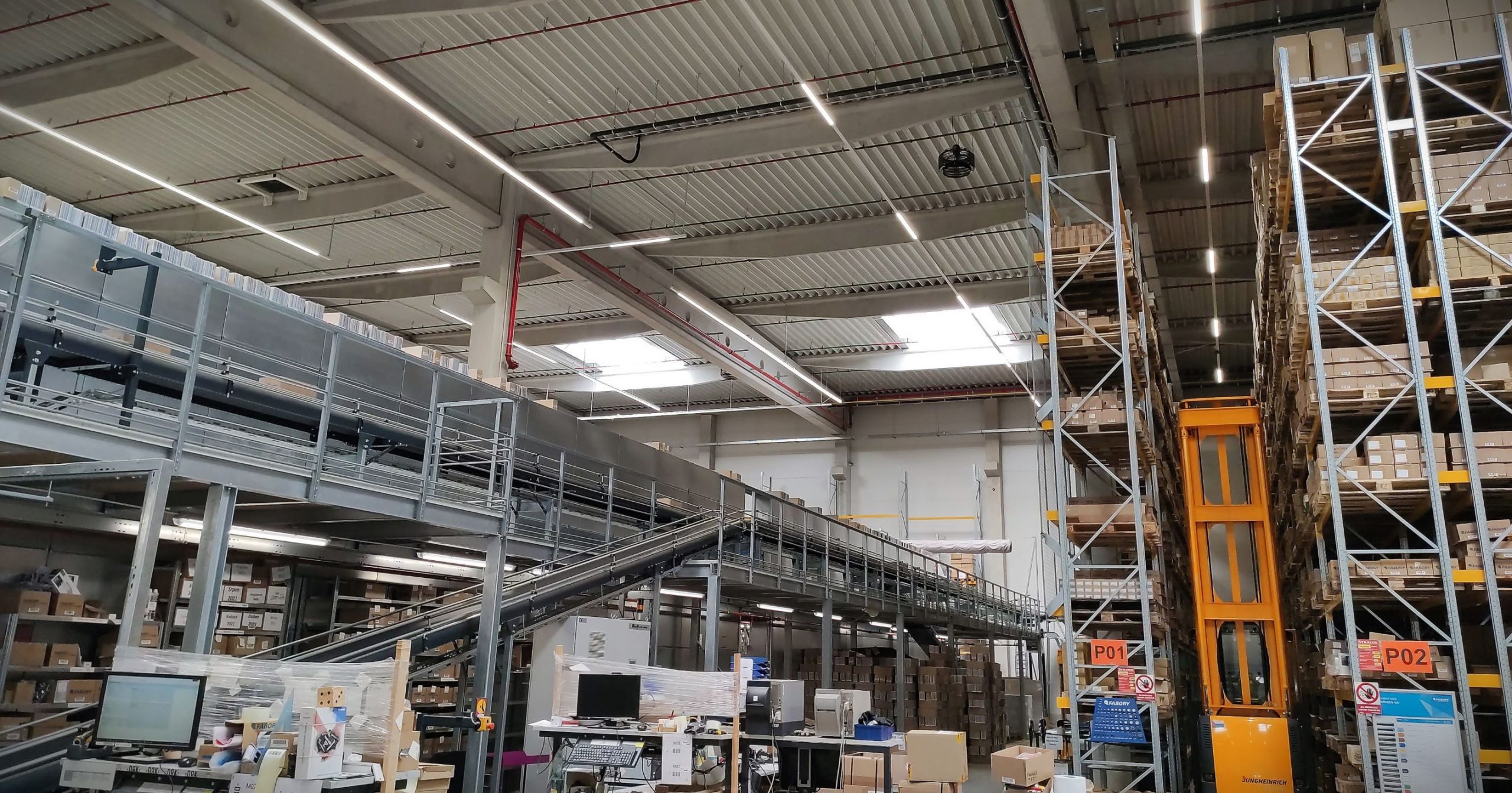 The new LED luminaires for Hormen provide higher luminous flux with many times lower consumption. Where so-called high bay high-performance luminaires with a consumption of around 400 W were previously installed, luminaires are now installed that emit twice the luminous flux at half consumption. This not only reduced electricity consumption, but also improved user comfort. Old and often non-functional fluorescent lamps were dismantled between the storage racks and replaced by LED strip luminaires, which effectively illuminate the goods on the racks and do not dazzle warehouse workers.

Savee’s wireless lighting control provided a way to reliably control the lighting in the hall without the need for extensive building renovations, pulling miles of new cabling and without interfering with the company’s operations. Savee controls have been installed on the leads to the lights or their groups. Until everything was ready, the lighting behaved as it had before – only when the system was ready and configured did Savee control start and all the lighting in the hall began to be controlled according to time schedules, ambient light sensors and motion sensors.

We clarified with the customer his needs and ideas so that he would be as satisfied as possible with the management system. Thanks to this, the lighting relies on two different variants – dimming of the lighting based on data from luxmeters in the production part of the hall with skylights and motion sensors in the spaces between the shelves. The lighting control system therefore fully reflects the customer’s operational requirements. There is minimal movement between the shelves, so it does not make sense to regulate the lights, but rather turn them off completely and rely on the impulse from the motion sensor, which turns on the lights only for the time necessary to move the storekeepers between the shelves. On the contrary, in the production part it is necessary to light constantly, but thanks to the sufficient skylights, it does not have to light at maximum power all day long. The total light penetrating the skylights in the hall is monitored by light intensity sensors (luxmeters), based on their data, the Savee system then sends commands to the individual lights and regulates their intensity. 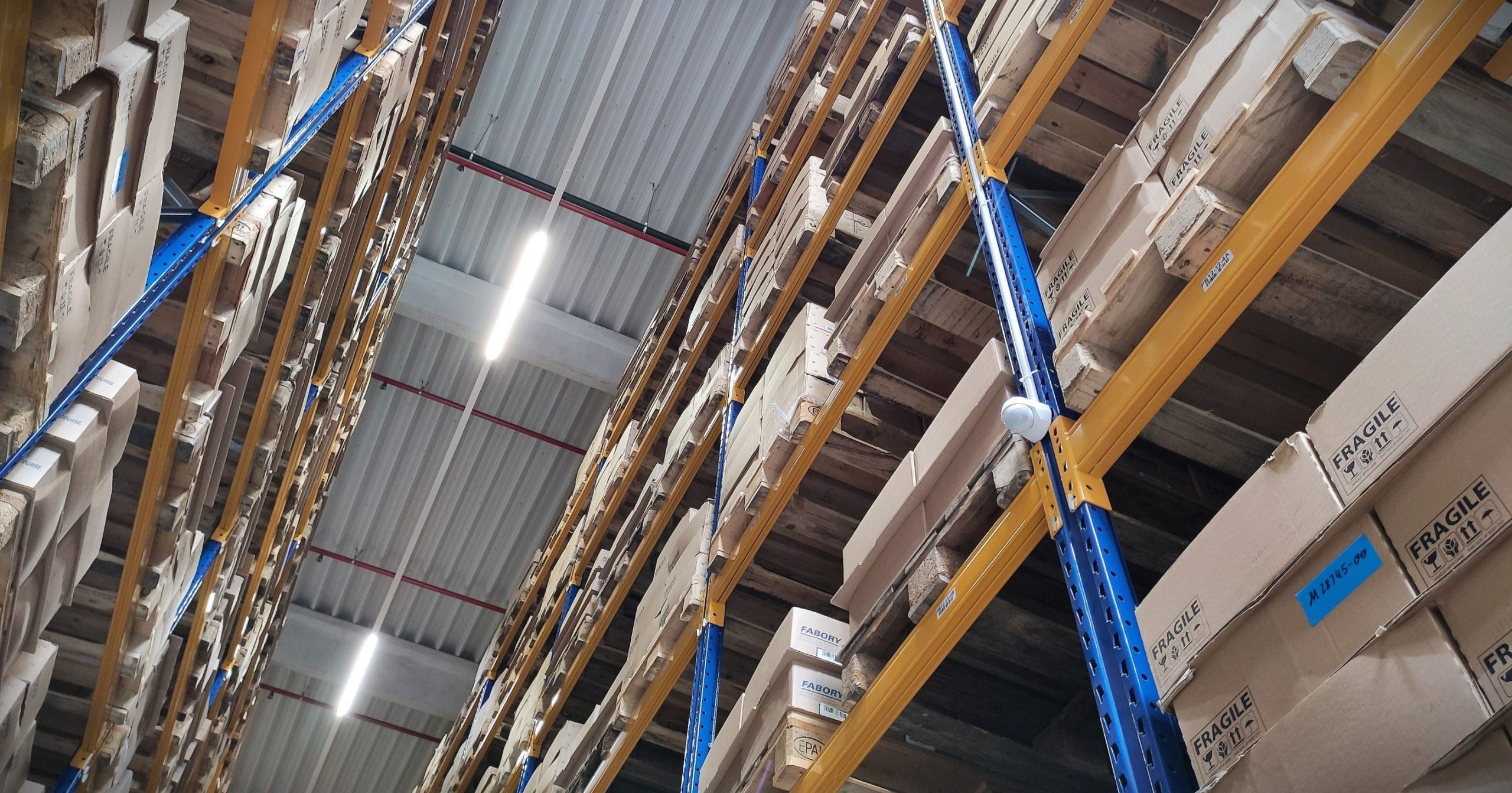 We installed 14 pieces of luxmeters on the whole hall for the most optimal and even monitoring of the light level on the surface. The dimming of the lights itself is performed by 30 Savee DALI Bridge elements, which in 10% increments regulate the brightness of the luminaire depending on the ambient lighting. Motion sensors in conjunction with Savee Power Switch elements take care of controlling the lights in the warehouse shelves, which gives the client the ability to comprehensively control the lighting between the shelves remotely and according to time schedules, even though the lights are controlled by simple motion sensors. For the office building, we also connected the Savee system to the burglar alarm system, where in the event that the building is guarded, all lights will be switched off if they were not switched off. The system thus eliminates the human factor and further increases possible energy savings. 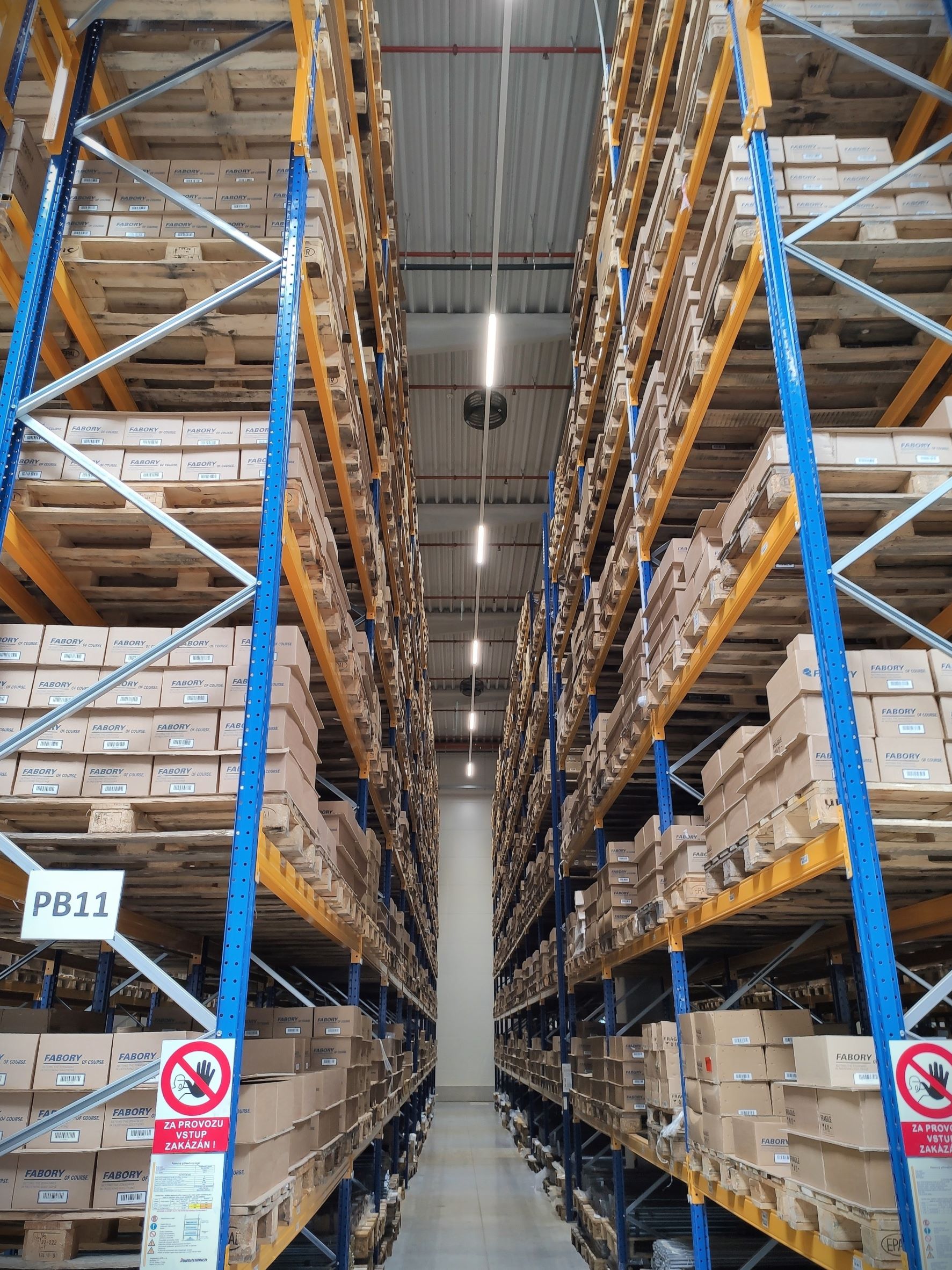 The entire infrastructure of the control system is protected by the Savee server. A huge advantage for Fabory is that the server does not require an internet connection and thus does not pose a cyber threat to the company’s internal network. The Save solution is therefore maximally secure and fully separated from all client network infrastructure. In addition, all wireless communication between elements is encrypted.

Thanks to detailed documents from the Fabory client, we could easily calculate that with the old fluorescent lamps, the costs for lighting in the hall alone amounted to more than CZK 700,000 per year. The switch to LED luminaires alone means about 50% savings, but the clever Savee light control solution can add even more on average 20 to 30%. As a result, we helped Fabory reduce lighting costs to CZK 170,000 per year. As a result, the entire investment in management has a return of only 2 years. In addition, it will help reduce the return on investment in luminaires and prolong their life.

However, the benefit for the client represents not only a reduction in costs, but also a longer service life of the luminaires, because they do not shine for so long and do not shine constantly at their maximum output, also better lighting comfort for employees and also reducing costs for necessary maintenance and replacement of light sources. These are all benefits that need to be realized.